What Is Peach? Learn More About The Social Network

What Is Peach? Learn More About The Social Network

It really does seem like new social networks are appearing constantly, with new ones appearing all the time to try out.

Whether you’re a social media marketer or just an end user who loves to chat with their friends on a variety of platforms, it’s important to stay up to date on what’s new.

That’s why we’re bringing you the low down on Peach – one of 2016’s most promising social networks so far.

In January 2016, Peach was introduced by its creator Dom Hoffman (co-founder of Vine) at the Consumer Electronics Show in Las Vegas.

The app allows users to connect with their friends, create a primarily private profile and make simple posts to share your updates.

One of Peach’s most unique features is the ‘Magic Words’ ability. You can use simple letter taps to trigger commonly used functions within the app, such as pressing ‘G’ to send a GIF or ‘C’ to open the calendar.

It’s not a clone

It seems like many social media sites are getting pretty similar, all making use of a central news feed, hashtags and the like. But with Peach, these have been eschewed in favour of a simplified, fun approach that’s almost a fusion of users’ favourite elements of other sites.

It’s reminiscent of ideas we knew and loved

Do you remember back in the ‘old days’ when you could ‘throw a sheep’ at someone on Facebook? Not only that, we could easily give virtual gifts to our friends, and ‘poking’ was at an all-time high.

Peach offers similar elements that are just as fun, combining emojis with fun actions, such as giving a cake, waving or blowing a kiss.

One of the main aspects that makes Peach stand out is the fact everything within the network is contained in the Peach app. There is no website, no option to make posts public and no way to share posts elsewhere. This makes it the perfect choice for those looking to take a break from traditional social media networks and enjoy some privacy.

It’s a gateway to a younger demographic

Younger Internet users are quick to adopt new technologies and trends – social networks included. So if you jump on the bandwagon and take a look at Peach, you’ll find a progressive, open-minded audience who aren’t afraid to try something different. If that sounds like the demographic who would appreciate your products and services, Peach could be for you!

It’s easy on your pocket

As a business, you won’t want to try something new if it could potentially waste you hundreds of dollars. One of the key drawing points of Peach is that it’s completely free, giving you the chance to try it out with little to no risk.

As the initial response began to dwindle, many people declared Peach to be a ‘dead’ network; however, this is only said in comparison to ‘major league’ social networks such as Facebook and Twitter.

Peach can certainly still hold its own and is currently available to download for free from the Apple App Store and Google Play.

What Is Quora? Let’s Take A Look At The Q&A Social Platform

How To Build A Personal Brand – And Why It’s Important 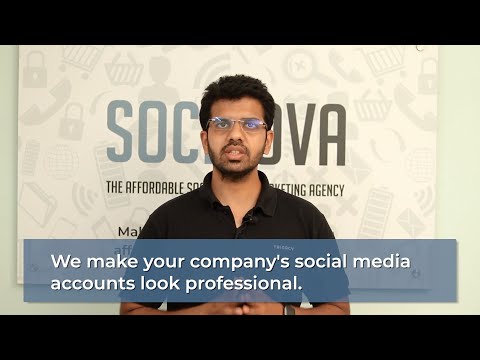